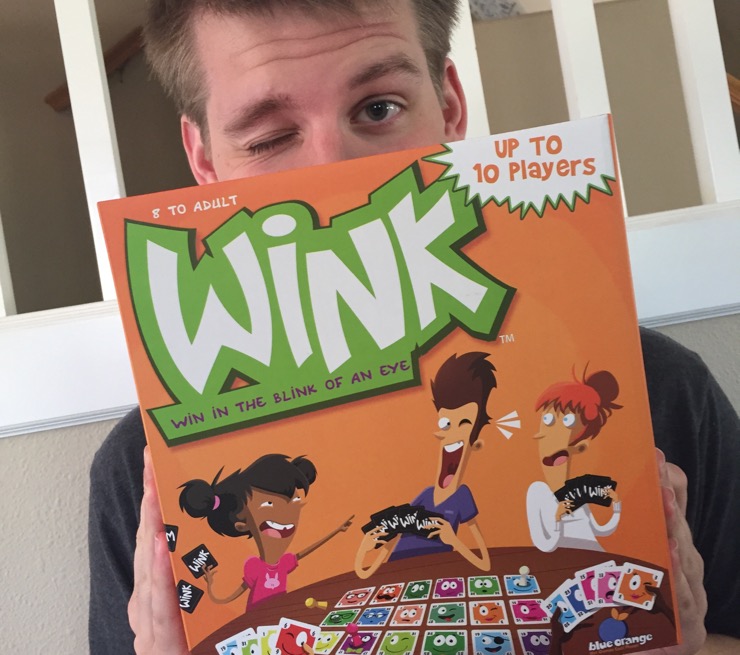 Blue Orange Games has created another great family game, this one is called Wink.   It is perfect for ages 8 and up and makes a great group game because you can have up to 10 players.    You will find this game exclusively at Target stores and priced at $14.99. 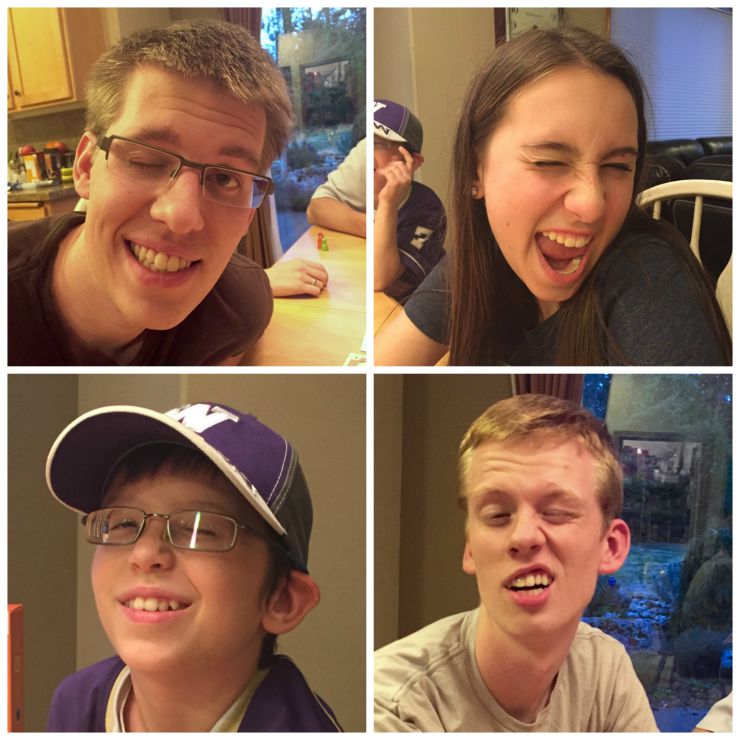 Our family loves games so we where happy to give Wink a try.    First up, we had to make sure everyone in the family could wink.  If you find there are some people that can’t wink you can replace the “wink” with a “blink” or any other other cue you choose.  We had our youngest stick out his tongue because he has a winking deficiency. 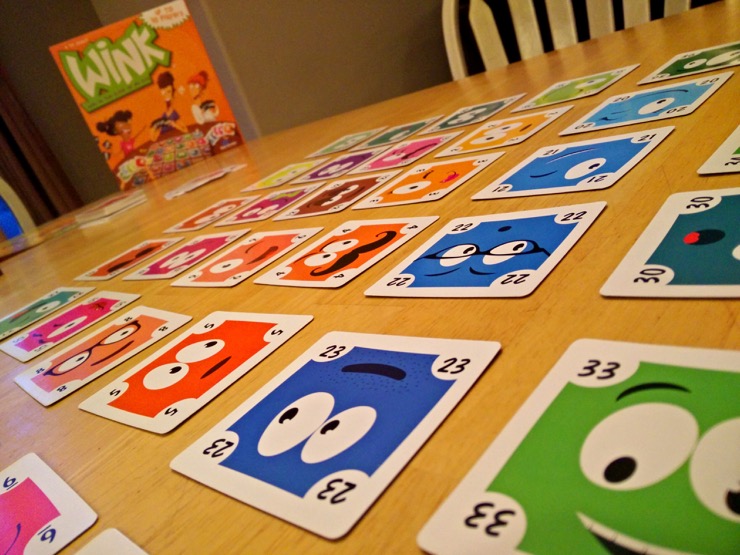 The rules are fairly simple to follow once you know how to play.  I did have to read through the rules twice to get a total grasp of how the game was played (that isn’t really uncommon for me though).  You start out by laying down 36 numbered Wink card (6×6) on the table. 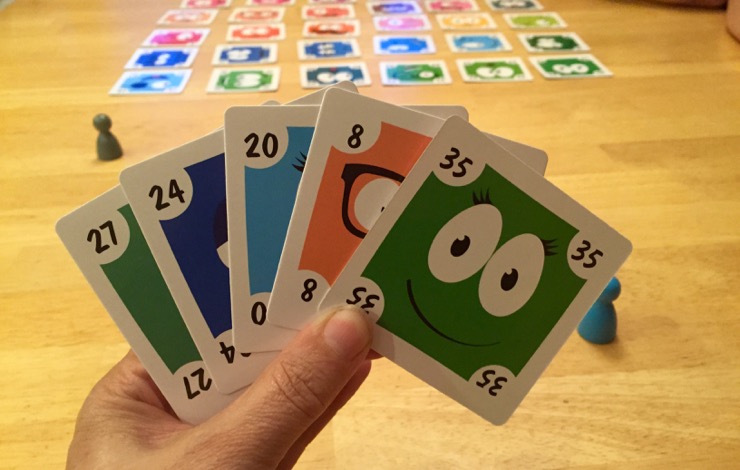 Each player is given a set of cards, the numbers on these cards will correspond with the numbers set on the table. 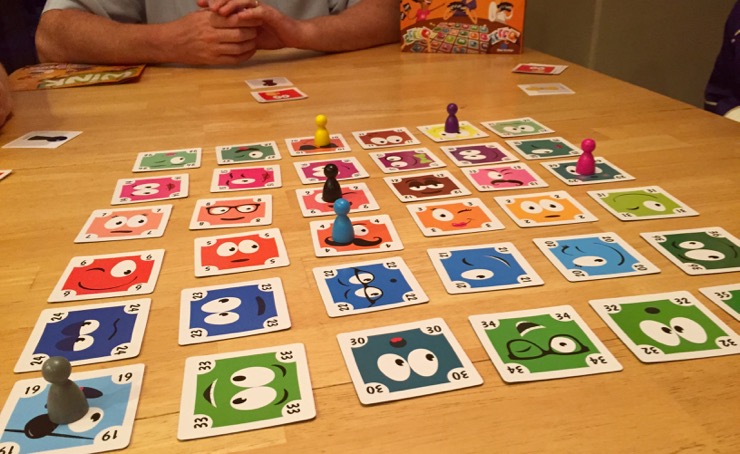 A player will then lay their pawn on one of the numbered cards which they don’t have in their hand.   If you are the player with the number card they player has claimed, it is your job to “wink” at them sometime before their next turn comes around.  You are winking at them because you want to alert them to the fact that you are the owner of the card they are looking for. 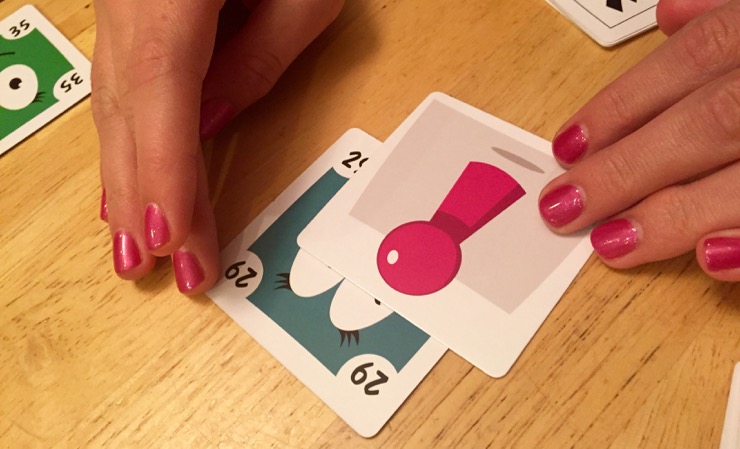 Once their turn comes back around, they will state who they think has the numbered card they are looking for (hopefully somebody was able to wink at them to clue them in, if not they just have to guess).  Guess correct and both players get to keep their numbered card (cards count as points). 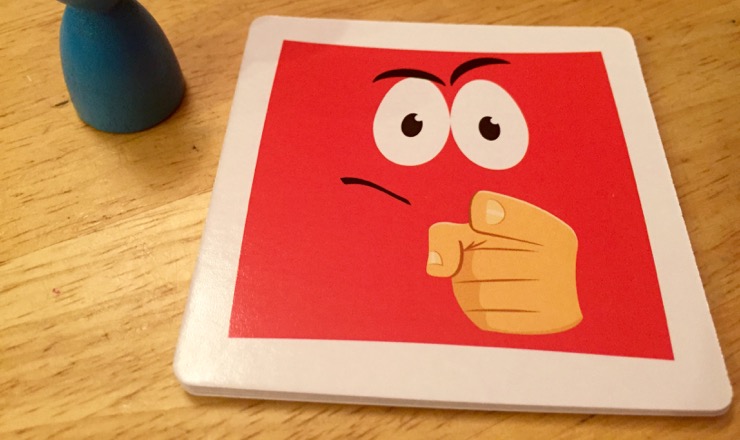 While others are taking their turn you will want to keep your eyes open.  If you catch an opponent in the act of winking you can use one of your Accuse Cards to steal their points! 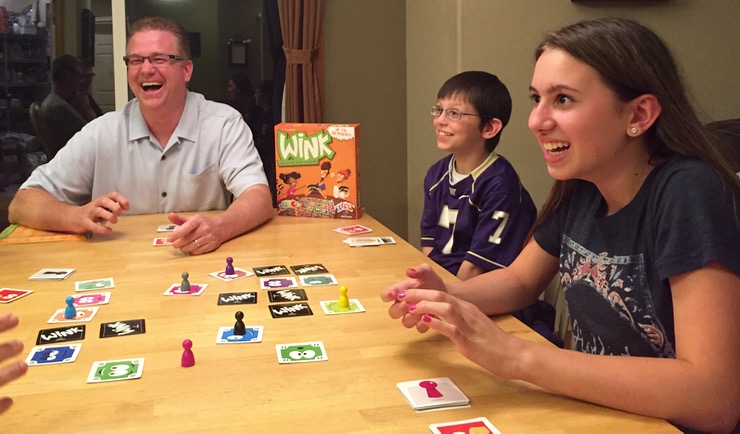 We had a ton of fun playing this game!   It really is different than any other game we have played and we play a TON of games.   This game gets 2 enthusiastic thumbs up from our family.   I really love the fact that you can play the game with up to 10 people. We have a large family already (7 people) so it’s nice when we can find a game we all can play together.  Plus, we can invite another family over and play with them too. 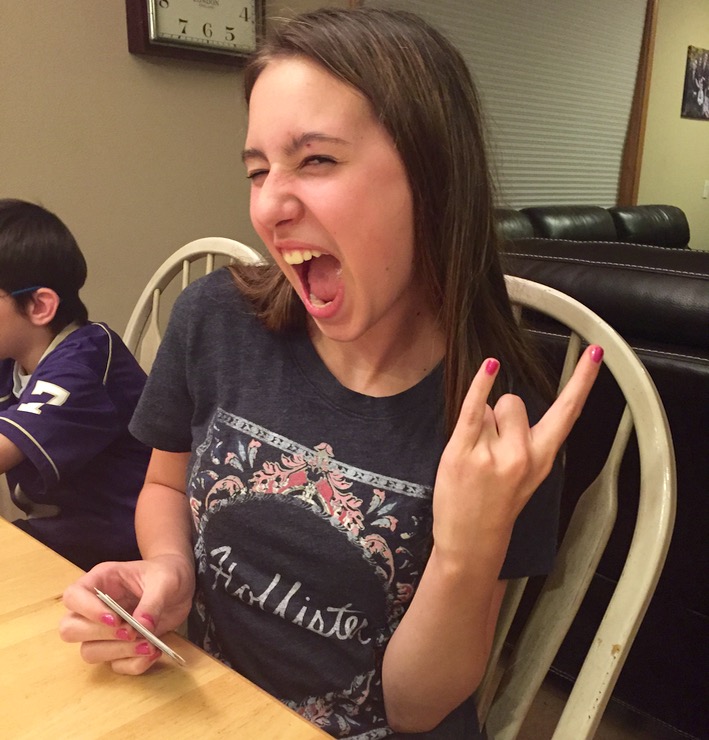 At the end of the game whoever has the most points wins.   The winner of our first game happened to by my daughter (who is a terrible winker by the way). 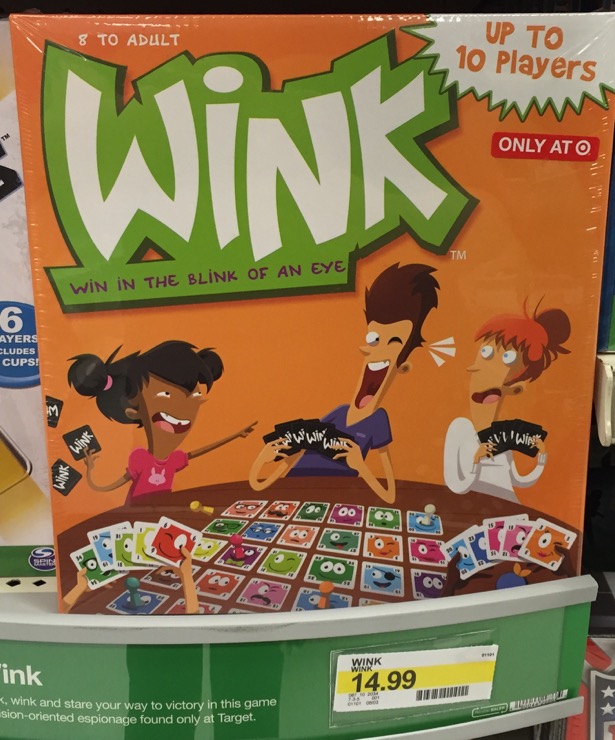 The Wink game would make a great gift for anyone.   You will find Wink by Blue Orange Games both in-store and online at Target.com.

Wink Game Giveaway!  One lucky All Things Target reader is going to win a Wink game, just enter the giveaway by leaving a comment letting us know if you can wink (no worries, we won’t judge you if you can’t).  Giveaway will close on Tuesday, September 15th at 9 am PST.

I was provided with a game in order to facilitate my review.  I was compensated for my time sharing this information with you.  I will always provide my honest and true thoughts with you.