Just Dance 2015 is the perfect game to get the whole family up and moving. With a fresh tracklist of more than 40 of the hottest hits and throwback tunes, there’s something for everyone! Players can dance along to hit songs like “Problem” by Ariana Grande ft. Iggy Azalea and “Happy” by Pharrell Williams, or classic favorites like “Walk This Way” by Run DMC & Aerosmith. 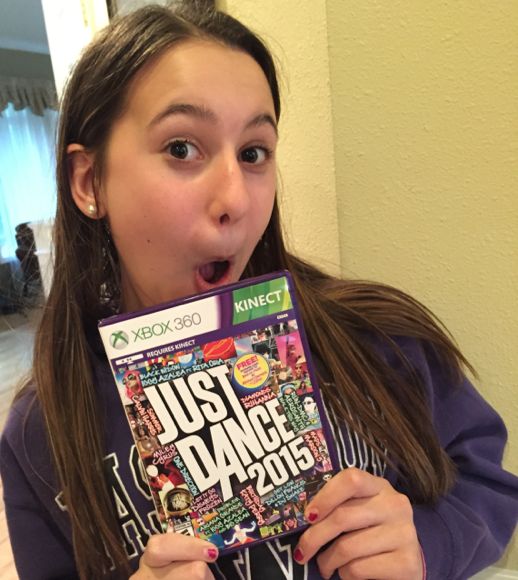 Our family absolutely loves the Just Dance games! We have purchased almost every single one of the updates because it’s fun to have new songs to dance to. We have tried out the new Just Dance 2015 and I think this is our favorite one yet! The songs are just plain fun and I love that there is a nice variety so the whole family can play along.  The new songs and wacky choreography in Just Dance 2015 encourage kids and teens to let loose and be themselves.

Here is a peek at some of the fun we had trying out the new Just Dance 2015. 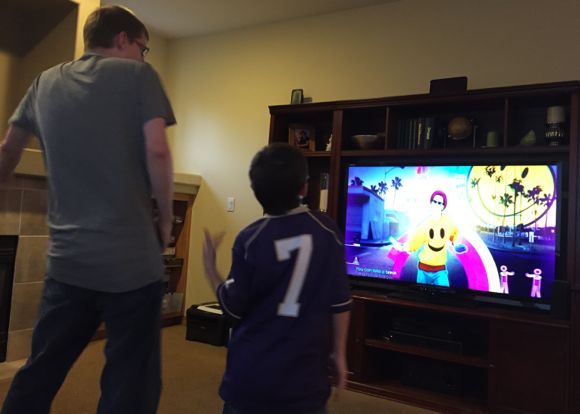 My oldest and my youngest had a ball playing together. They started out with Happy…you can’t help but dance anyway when you hear this song. 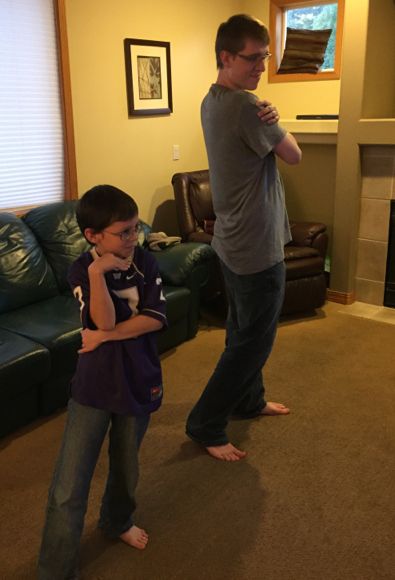 Next up was Let it Go from Disney’s Frozen.   Younger girls will LOVE this one!  You get to dance and sing along while being Elsa or Anna.  Not only is it fun for those playing, but it is an absolute hoot for those of us watching the players.  I couldn’t stop laughing while my boys acted out Elsa and Anna. 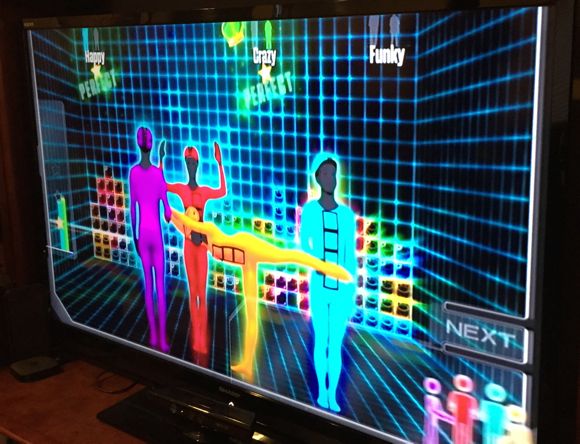 I think one of the songs that was the most fun and probably the most different from any of the other songs we’ve ever danced to was the one called Tetris. It was a blast! Every player had different movements and it speeds up as the game moves along. 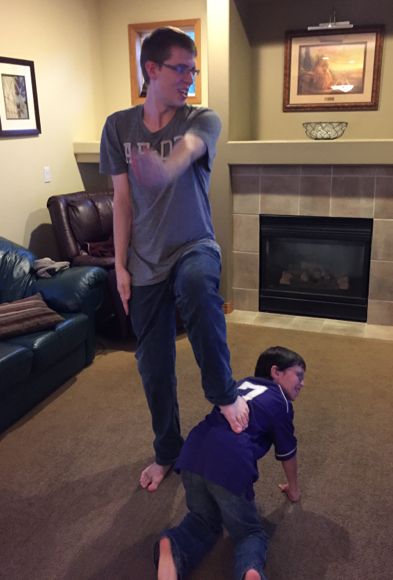 This one was really fun because a lot of the moves involved working in conjunction with the other players.

You seriously can’t help but smile while playing this game!  Plus, one of the the great things about this game is that it gets entire family on their feet for some exercise in disguise, it helps you to have fun while burning calories!

You can purchase Just Dance 2015

.   I totally recommend picking this one up for Christmas!!

To bring awareness to National Bullying Prevention Month, Just Dance 2015 and Stomp Out Bullying have partnered to show people everywhere that “it’s okay to dance to your own beat!”

I was selected for this opportunity as a member of Clever Girls Collective and the content and opinions expressed here are all my own.